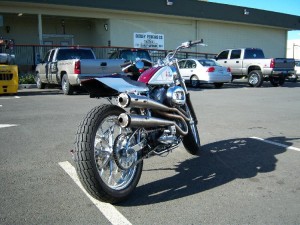 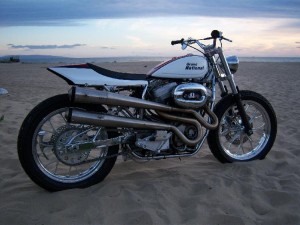 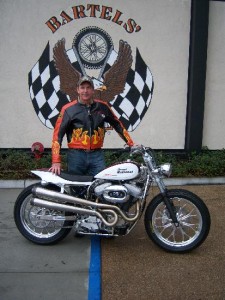 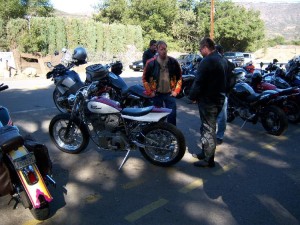 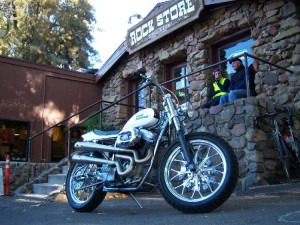 The oldest and most traditional type of American motorcycle racing is flat track-- sometimes referred to as dirt track racing.

Dating back to dawn of motorcycling, flat track racers bravely maneuver their machines through turns, inches from each other, at speeds over 100 mph. Since the early 1970's the Harley Davidson XR-750 has been and still is the dominating force on the AMA Grand National racing circuit.

Bill Hofmeister has modelled this Masterpiece For The Street after the XR-750. With 105 hp on tap, this machine will give you the sensation of what it's like to ride a true Grand National Mile racer.